A New Stadium Is Worth The Wait 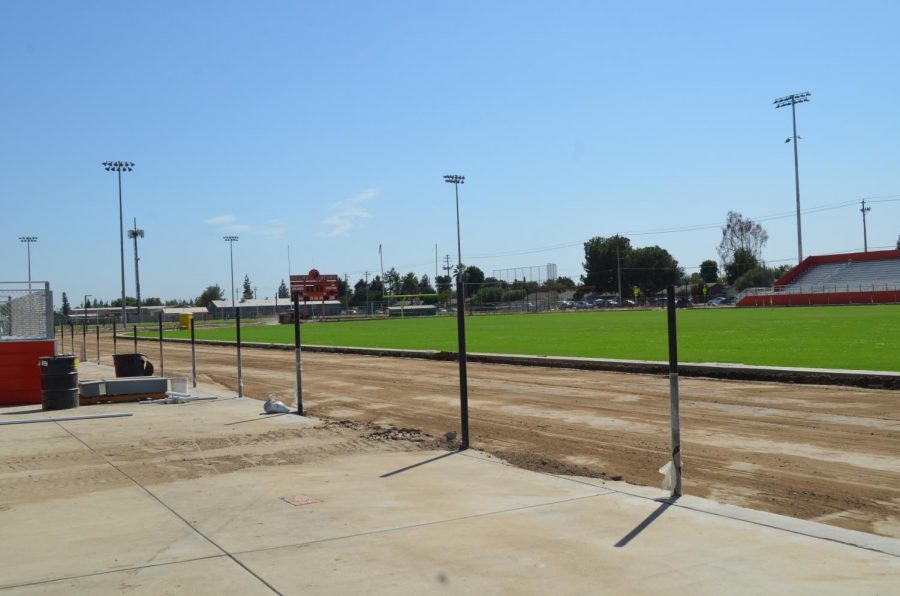 Selma High School has been working on the new Staley Stadium for about a year now. After a few delays the stadium is expected to be done on November 15. It is the biggest project in Selma’s small town and has raised much curiosity. The modern design of the Stadium is expected to promote Selma High School’s sports teams and be the main attraction for residents, but also competing highschools.

Stanley Stadium’s newest advancements include a new weight room, snack bar, and track. The new weight room is larger and contains advanced equipment. This allows the old weight room to be a place for teams to watch film, a workout room for P.E, or for cheer practice. The new snack bar will include advanced rolling windows and essential kitchen equipment. Both these buildings will be located on the opposite side of the entrance.

The track is the longest and biggest advancement to the stadium overall. It will take about a month to put in. However, the end result will be a victory in itself. It will include a grey and orange design and will be lined with LED lights all the way around. The track will be accompanied by a sidewalk that extends around the perimeter. Selma High will now be able to host track meets unlike before.

“Of all the programs that will benefit, the most will be track,” informed Mr. Esraelian.

Although many students were disappointed that the stadium wasn’t ready in time for football season, the athletic director ensures it will indeed be worth it.

“I know there are people disappointed that we don’t get to play all our football games here but we are apart of history in the making and should cherish that,” Esraelian ensures.

Esraelian is expecting the football team to play at least one football game this year.

Not only does this Stadium benefit the attendants of Selma High, but also the community. The track will be open to the community and stay open until 9pm.