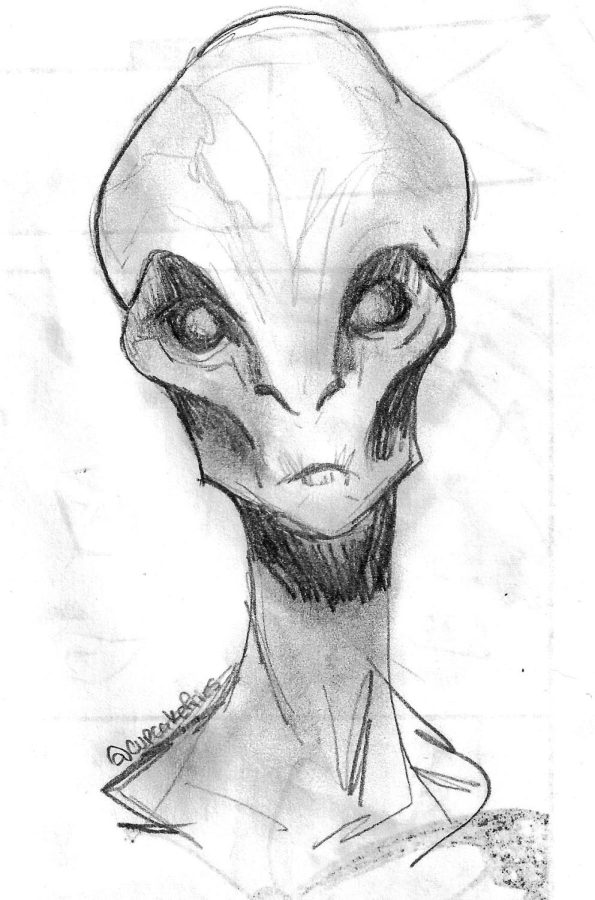 The first thing I think of when I hear the word alien is extraterrestrial beings. To me, aliens are a slightly disturbing existence, for they are not quite human. If aliens do exist, logically they must have their own language and customs. But there is still fear of the unknown. I fear the unknown, the same way I fear the idea of war and the labyrinth of solitude.

How unfortunate it is that many would consider me “unknown.”

A second definition for the word and the first definition that pops up on Google is, “that which belongs to a foreign country or nation.” It is one thing to deem a plant or animal “alien,” but another to refer to a human as alien. Seeing as how conspiracy theories and pop culture brand aliens as wide black-eyed creatures with a very non-human skin tone, it is degrading to call a fellow human an alien.

Despite all this, perhaps the biggest offense is that this outdated, degrading term is a perfect way to describe my experience as a US-born citizen.

In middle school, I had a teacher that held a lot of political discussions in class. Pretty much from the beginning of the school year, we talked a lot about the 2016 presidential election in class.

From the back of the class one day I heard a voice say, “If they tried to take me, I would fight them!” (Disclaimer, don’t fight law enforcement, especially if you are from ethnic descent.)

She looked at him very calmly and said, “I wouldn’t even know you were Hispanic if I didn’t know your last name.”

I could feel the light-skinned boy shrink into his chair as the harsh truth of her words sank into his head.

This teacher was a great one. She showed lots of compassion to a classroom full of POC. But at the end of the day, she was naive and ignorant, a product of not being a part of the community she was teaching.

Forget about the racism and blatant colorism in her comment, simply look at the implications underlining her comment. To sit and imply that the boy wouldn’t be targeted by ICE because he was white-passing and lighter skinned is to acknowledge that ICE targets based on skin color. That when they look for “Aliens,” their mind instantly goes to a dark skinned person because how can a brown person possibly be American?

Had ICE “tried to take” me,  I would not have the protection of my skin tone to back up my citizenship. They would see my skin color and assume that like the not quite human creatures, I am alien.

The fact that to some, I am considered an alien was further established in me when I spent some time in the hospital.

A little old white lady came into my room one morning to pray with my family. That particular day it was just me and my sister, and out of respect, we agreed to pray with her. The lady began by making some small talk and asking what my favorite food was. I cannot remember what my exact answer was, but I can remember her response.

It is a moment I think about a lot, especially when I eat tacos. Why was my response not acceptable? If I could pass as white, would my answer of pasta or Italian, or whatever it is that I said, receive the same response?

Both these occurrences, though small and not the only ones, serve as a constant reminder that I am an alien in a country I was born in. That even though I speak perfect English and can manipulate and articulate the language quite well, my words will go over your head. Worse, my words hold no water in your “American” eyes.

You have shown me that “Americans”—and worse, humans—do not go beyond the borders of the United States. That even though Mexico is in North America and you live in a state that originally belonged to Mexico, we don’t “belong” here.

I’ve learned that unless you are a very educated white American, in your eyes, all brown people are the same. People see us as a threat: a drug dealer, a rapist, a terrorist, an alien.

I am not an alien. I only feel alienated. The two are not the same.

We are not foreign, only foreign to you.