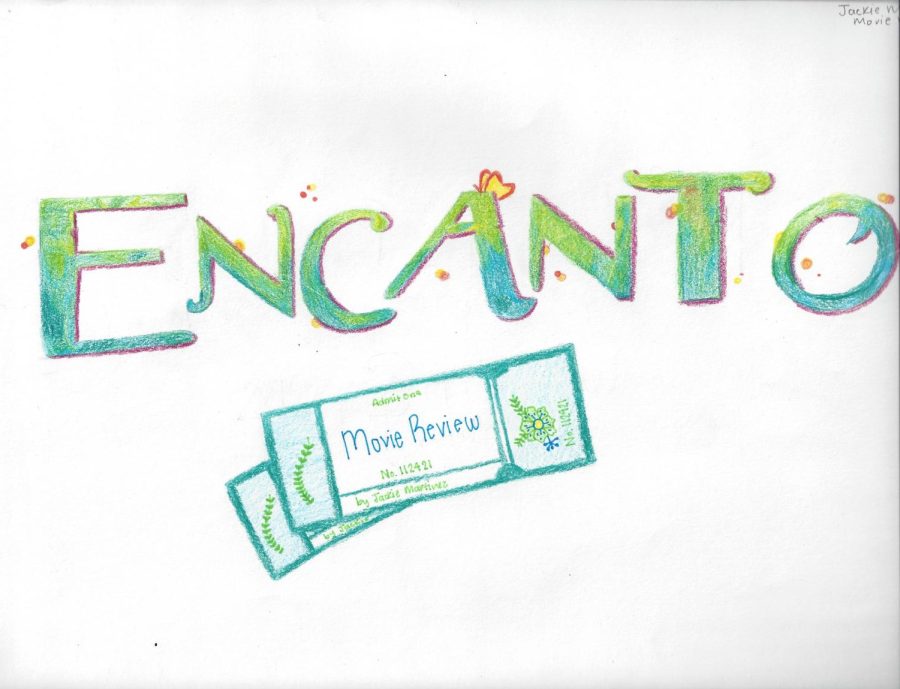 Encanto has been trending like crazy on Tiktok, and it has every right to be. It’s a beautiful movie that has very few to no flaws. From the visuals to the soundtrack, it can be noted that it should be considered one of Disney’s best movies.

Encanto came out on November 24, 2021 and started streaming on Disney Plus just a month after. It’s gotten really great feedback from many on social media and I’d like to say that I’m one of them.

The movie follows Mirabel, a girl who is part of the Madrigals, a family with magical powers. She is considered the “outcast” in her family for not being able to have been rewarded with a unique gift like the others in her family. Mirabel feels like she doesn’t belong and sees that others in her family, despite having powers, struggle to fit into the expectations of others in the village.

It’s a story that many can relate to and can see themselves in considering how inclusive the representation is. Encanto takes place in Columbia and has a lot of Afro-latino and Indigenious characters. I give kudos to Disney for the representation considering that within the Latine and Hispanic media, the practice of colorism is very present. Colorism, according to the Oxford Dictionary, is the prejudice against individuals with a dark skin tone, typically among people of the same ethnic/racial group. For example, in telenovelas you tend to see actors of a lighter skin tone in the role of the main protagonist while those with a darker complexion are given minor roles. Encanto rejects the ideals that are common within our community and embraces that we all come in a variety of skin-tones, not just one.

The visuals are gorgeous, having such a lively tone that makes the viewers feel utterly immersed in the miracle of The Madrigals. Not only are the visuals extraordinary, the music is as well. Encanto is a musical, but the songs are so catchy that even if you’re not a big fan of them, you’ll catch yourself singing “We Don’t Talk About Bruno” once or twice. The soundtrack was written by critically acclaimed Lin Manuel Miranda who is quite known for his musicals “Hamilton” and “In the Heights.” Miranda’s work in Encanto is one of the greatest things of the movie and he has done an incredible job once again.

Encanto truly is an “encanto” to watch (See what I did there?). It’s a movie full of wonders and is the perfect movie to watch now that it is on Disney Plus. I can wholeheartedly recommend it and give it the 10/10 it deserves.