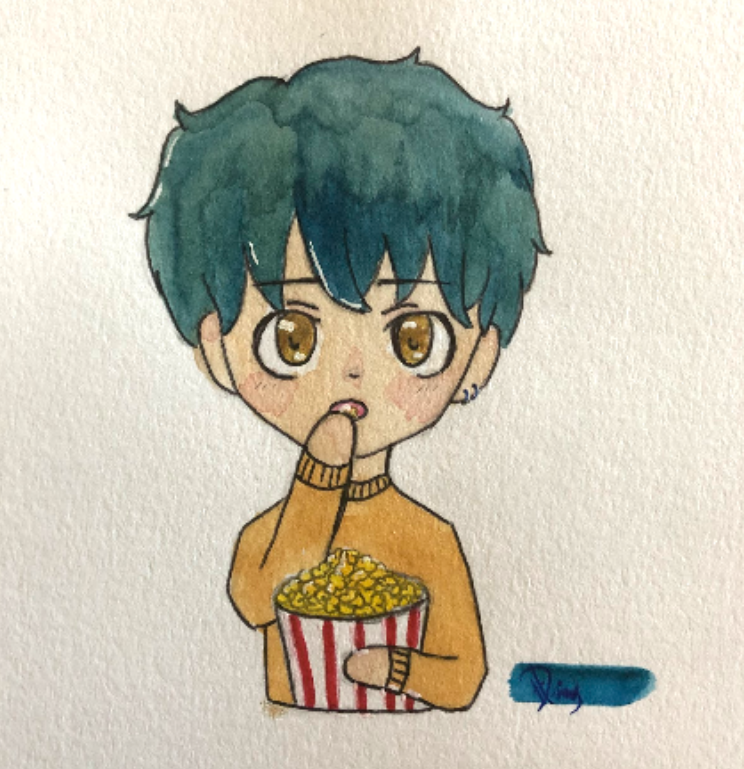 The cold weather has finally come. Now is the perfect time to relax and enjoy watching your favorite shows. Here are my recommendations for you.

The school life of Sei Handa. A calligrapher is oblivious to the admiration and respect his fellow classmates have for him, which causes many misunderstandings and makes him think he is hated. Follow his humorous life to see what crazy things he misunderstands.

Aoyama is a boy who is good at everything, except he’s a clean freak. He is respected by everyone but dodges anyone who tries to touch him. He is a star at playing soccer because of all the practice he has had in avoiding people. Because he is a clean freak people doubt he will ever become a good soccer player, however Aoyama will show them there are things worth getting dirty for.

Daisuke Kanbe, a detective with unlimited assets who works with Haru Katou to uncover crimes. They have to set aside their differences in order to work efficiently and uncover mysteries headed their way.

Ernesti, a boy born into a noble family who is not actually from this world. Having died in a car accident in his previous life, he reincarnates into the world of powerful mechs called silhouette knights, who fight demonic beasts! He is a robot fanatic and tries his best at achieving his dreams of making his own silhouette knight along with his friends.

There is no such thing as a perfect crime. Experts reveal how forensic science can be used to solve mysteries, accidents, violent crimes, and outbreaks of illness.

A nonfiction crime series with emergency responders in New Orleans and Tampa who work the toiling unpredictable 8 p.m. to 4 a.m. shift battling unforeseen circumstances while attempting to save lives.

At the point when Dracula is summoned on legitimate vampire business, it is an opportunity for his young little girl, Mavis, to show her dad what she can do. Helped by her companion’s Hank N Stein, Pedro, and Wendy Blob, she kicks off thoughts regarding how to run Hotel Transylvania.

A square yellow wipe named SpongeBob SquarePants, lives in a little pineapple under the sea with his pet snail, Gary in the city of Bikini Bottom. He functions as a fry cook at the Krusty Krab and during his free time, SpongeBob emits a talent for pulling in difficulty with his closest companion, Patrick the starfish. Some way or another SpongeBob’s neighbor is constantly engaged with SpongeBob’s difficulties thus he dislikes SpongeBob.