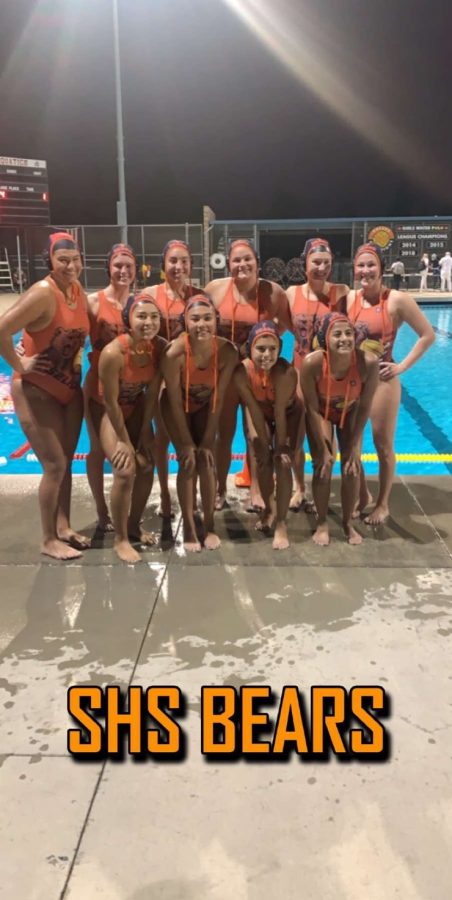 Junior Abigail Baker and the Selma High water polo team have been keeping up their skills, as well as their spirits, despite the setbacks caused by the coronavirus. The season was supposed to start around September but has since then been put on hold. The girls team is currently practicing, and the boys team has recently joined them. They are planning to have a season this year starting in January if things continue to go well.

These uncertain times have caused disappointing delays to the water polo season, but Baker has tried to make the most of it. It has especially impacted the way they practice.

“The virus has definitely affected the team because we aren’t able to do as much defense or hands on partner work,” stated Baker. “We still figure out ways to help our defense, but it just isn’t the same.”

Although the team has had to alter their practices, Baker explained that the team is filled with positive personalities which helps them get through tough times.

“I still enjoy practicing because of this,” Baker said. “They are my second family.”

With the season approaching, it’s a priority for Baker to keep up her skills. She describes her practices as consistent and really pushing the players to get better. She also does workouts before practice and has made plans to go to the recently reopened gym with some of her teammates until the season officially begins.

Baker is anticipating this year’s season as it draws nearer.

“I am looking forward to playing the actual games for sure and learning new things as well as creating a team bond,” Baker expressed.

Amidst these not so bright circumstances, Abigail Baker has chosen to keep a positive mindset and use quarantine to improve her skills. Instead of letting the disappointment of what this year has brought, Baker and the team are looking on the bright side towards their upcoming season.

“My teammates and I are looking forward to it!” Baker concludes enthusiastically.