A Mural With A Meaning 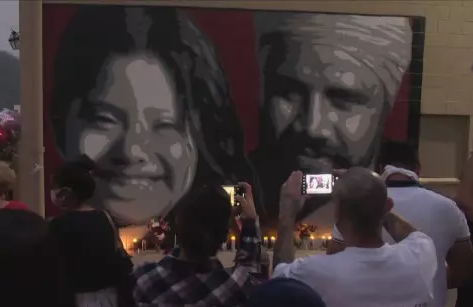 A mural is a painting done to let out a human’s creativity slowly to show not only meaning, but a community’s pride. The new community mural in downtown Selma means exactly that to the people of Selma, California.

On the 4th of August 2020, Manjeet Singh, a 29-year-old, drowned trying to save three young children at Kings River in Reedley. The three  children had been playing in the water, but unfortunately got caught  by a river current. Seeing this, Manjeet Singh rushed in to save the children.  In the process, Singh couldn’t fight the current and drowned during his effort to save the children. While two of the children were saved, the third one, 8-year-old Samantha Cruzpedro, was fighting for her life in the Valley Children’s Hospital. After several days of fighting for her life and being in critical condition, she passed away.

When news of this unfortunate incident got out, Omar “Super” Huerta, who was Fresno muralistalong with Selma native Miguel “Mikey” Blanco, decided to paint a mural of Singh and Cruz-Pedro in order to honor them. The mural is located outside of the Extended Hands Ministries at the intersection of McCall Avenue and Whitson Street. Starting Tuesday August 18th, 2020 overnight he planned on finishing the mural that morning at 5 a.m..

The family of Manjeet Singh created a GoFundMe in hopes to raise enough money to send his body back to India where his family is located. The GoFundMe was made with a $200,000 goal, but reached $218,461.

This mural will forever live in honor of a hero Manjeet Singh and young victim Samantha Cruzpedro.