A Wake-up Call for Students 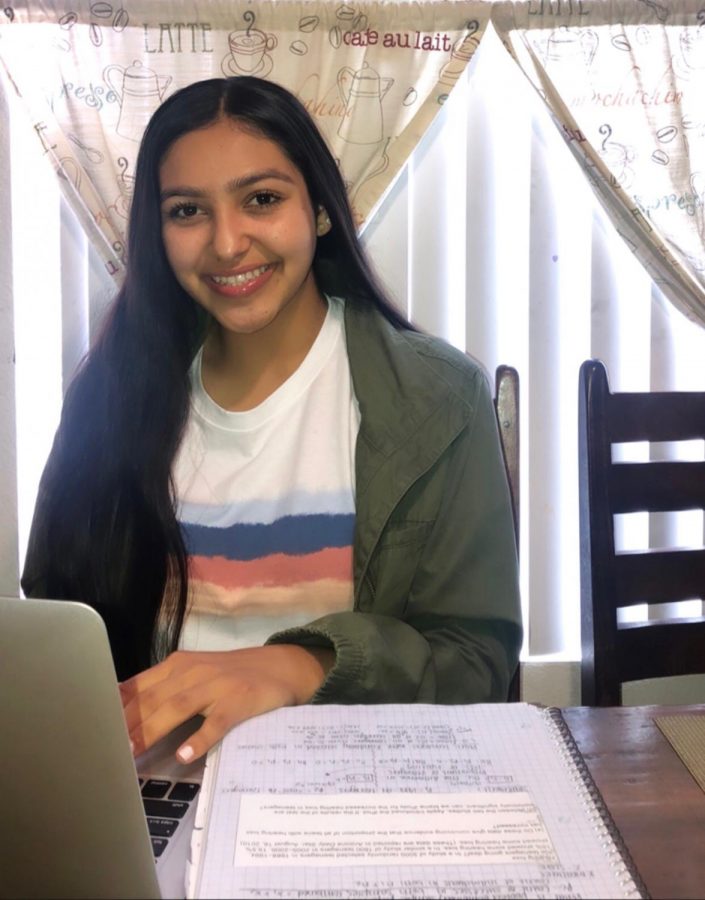 At first everyone thought the coronavirus was merely a new disease discovered in another country. The severity of such discovery wasn’t publicly acknowledged within my peer group until it began to spread rather rapidly. Initially, everything seemed to be under control, or so our president claimed online. But then social media headlines began expressing high concern in regards to the internationality of this new Covid-19. However, since this didn’t directly affect us, we continued about our daily lives.

Several social media platforms continued to add humor to the situation, but still showed signs of true worry. There were many “memes,” posts online which often express humour about a certain situation or thing, circulating the internet about where the virus was now. Coronavirus memes went viral almost immediately on apps such as Twitter, TikTok, and even Instagram. Only a week ago, the virus hadn’t been a big threat to us who lived in the U.S., or at least that’s what social media had suggested. According to the internet, the coronavirus had first appeared in China and had quickly spread over into the European continent. And like dominoes, countries all over the world, including the U.S., had fallen victim to the virus.

And before we knew it, we weren’t reading about its effects anymore. We were living in them. As a tweet on Twitter said, “We are witnessing future textbook content in real life.”

“Hey, did you hear about the coronavirus getting into the U.S.,” I heard a student ask a peer in the hallway as I was walking to the first period on March 12. “Yeah, do you think they’ll cancel Sadies?” When our Sadies dance was declared postponed during the sixth period that afternoon, students became very upset. Many went straight to social media platforms to express their frustration about a school dance like Sadies getting cancelled. Through such means, students began to wonder if school would be closing too. A little over 24 hours later speculations became confirmed: Selma High would be closed until April 14. Sports seasons, trips, dances: cancelled. School: closed. Senior year: stolen. The United States: quarantined.

As a Selma High School senior, I was looking forward to celebrating some major milestones within these next few months. Senior year has been cut short for the class of 2020. Events that we had looked forward to since the moment we had first heard of them are now at risk of being taken away all due to a virus. Senior nights, grad night, senior breakfast, senior sunset, prom, graduation, an official last day of school. Excitements and expectations for some of our last high school memories are now gone. Just like that.

Personally, for the past four years I had tried my best to be successful in high school. Being ranked 10 in the senior class had been a big accomplishment for me. Coming from a Hispanic family in which I am the oldest and first to graduate high school, I had been proud of myself. I had set a satisfactory example for my siblings and cousins. My family had expressed their admiration for how far I’d come. But now, I might not be able to properly celebrate such achievements with my family and peers.

The idea of being quarantined hadn’t seemed like a major issue until we all began to realize all of the things that get taken away when school does. We had taken our “normal” lives for granted and this pandemic was proof. We took for granted the simplicity in walking across a stage with a diploma in our hands. Throughout our entire educational lives, we students have always jokingly said we wanted school to be cancelled. We didn’t realize, however, that all the activities associated with being in school would be taken away too.  School has an influence on so much more than we actually think. It has provided us with friend groups, hobbies, passions.

Now, teachers found themselves scrambling through new methods and teaching techniques to best accommodate students. I had my first “Zoom Class” on Thursday the 19th for my AP Statistic class. Zoom is an app that allows for large groups of people to join a group facetime setting. My teacher Mrs. Tackett reviewed some of the content we had discussed before the school closure using a white board that she fit into the camera frame. We intend to have these lessons a few times a week until further notice. Although the effort is very much appreciated, a class environment with peers is missed.

My last season of club soccer before college has been officially cancelled. Sports and school, two major foundations of my daily schedule, are now unavailable. While in my room, my sixth grade cousin opened my door and expressed how she didn’t want school to be cancelled because it was the only reason she left the house. She explained how she would be bored without school. This is when I began to acknowledge the true impact school has even on the youngest of children. As a sixth grader, her only known duty so far was to go to school, learn, maybe participate in a sport or two, and socialize with others. Her brother, my ten-year-old cousin, then asked me what a pandemic was. Later in the week, a friend mentioned how her church confirmation ceremony had been cancelled. Another told me about the role the coronavirus is playing in her religious beliefs. When eating dinner my uncle shared with us that he has no work until April 15th. My other aunt and uncle now had to play a larger role than ever imagined in the education of their children. Without one-on-one interaction with a teacher, it’s crucial to assure that their kids of ages 4 and 7, continue learning. In addition to this, local store shelves are being completely wiped out. I worry about my pregnant aunt whose due date is fast approaching. For all people with any similar situations, I sympathize.

During this school closure, parents and students alike have noticed the direct effect social media has on our reactions. It has the ability to either blow everything out of proportion or underestimate. Opinions of all sorts are broadcast regardless of the accuracy they contain. Many of these opinions either contribute to hysteria or attempt to tell us that we may be overreacting.

Nonetheless, the impact the coronavirus has had on the world is a generation-changing event. This pandemic has effects of all different levels of significance, many of which can never be replaced nor made up. The death toll it has worldwide is even more frightening to think about. Everyone is affected in one way or another by this crisis. As an SHS senior, I hope we teens can take this time to practice empathy on any scale we can.

Although it has been stripped away for a while, let us not forget what school has taught us about ourselves as a community…

…that we are stronger together.