A New Home is Underway 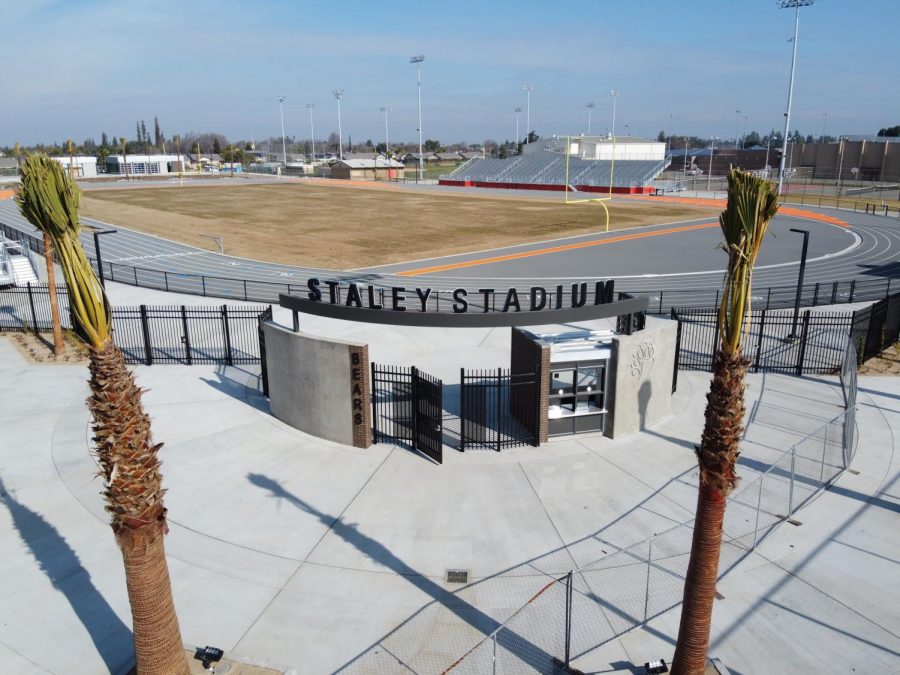 As previously discussed, Selma High’s new stadium is Selma’s newest addition. From students, teachers, and administrators to community members and parents, a grand opening is strongly anticipated. Several complications have delayed the stadium’s complete construction but as of February 21st, the track and stadium area has officially been turned over to the school.

However, this does not mean it is one-hundred percent completed in its entirety. Although the restrooms are done and all official construction is finished, flooring in the weight room is still being awaited along with the concession stand still being empty.

Currently, this means that the stadium can be used only for track practices. The track program now has a more developed and respectable “home.” In the recent past, before the construction of the stadium, sports such as football and soccer always had “home games,” but track hasn’t held an official track meet due to having a dirt track. Selma High’s track program will be hosting its first “home” track meet in the new stadium on March 20th. With an all weather track, official track meets can now be held at Selma High.

This is why the stadium’s grand opening is being planned to be in late March. It is even a possibility that the track will be opened to the community after track practices for exercising purposes. In addition to track meets and public access, this year’s powder puff game will be held in the stadium as well. The class of 2020 will be the first class to graduate in the stadium on June 4th.

“I think what I’m most excited for is to see any extra additions that will be made by classes,” expressed Selma High Athletics Director, Randy Esraelian. There are several ways a class or individual can make an impact on the new stadium. Large donations may now result in plaques or engraved names.

Selma High’s newest incorporation is sure to make an impact on the community for decades to come.