FFA Members Motivated by their Passion 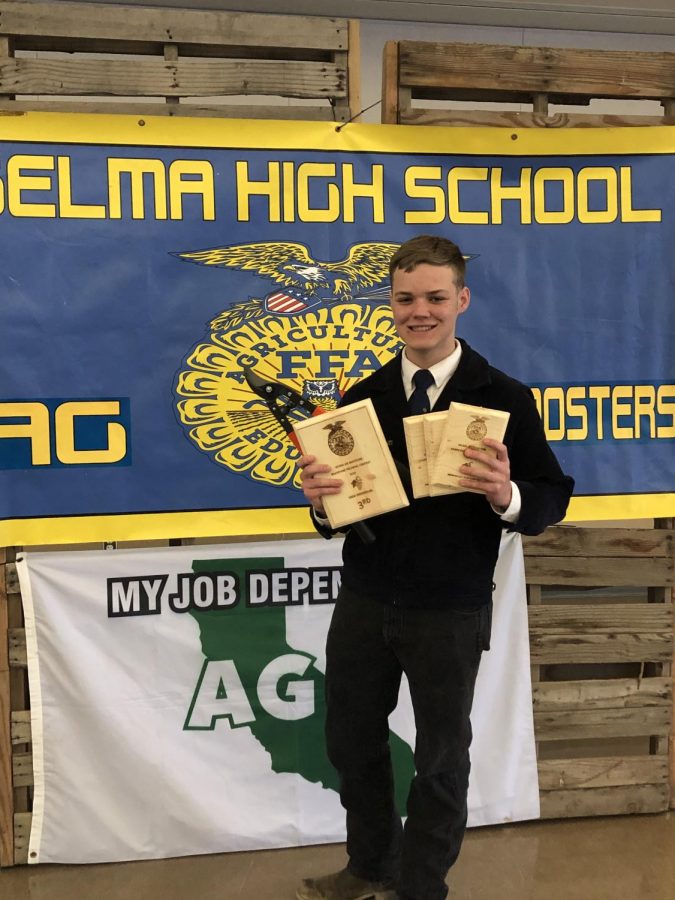 Both competitions consisted of a written test, multiple tree and vine pruning rotations, and an oral explanation of their pruning strategy to a judge. A lot of preparation has to be made in order to place in the competition.

“The vine pruning team has been practicing since winter break, and we have mostly been pruning vines on the school farm or studying tests and textbooks,” explained Fransen.

Freshman Emilio Hernandez also participated in the competition and explained what’s necessary to be successful.

“The way I prepare is by practicing my reason that I have to say to a judge, and also focusing on pruning the right way as fast as possible,” stated Hernandez.

They are getting ready for an upcoming state competition on February 1st.

While preparing for future competitions, FFA reporter, Kendall Hinton is also preparing for the 2020 Fresno Fair. She was the first to receive her fair animal, a young steer named Zeke, and spends much of her time raising him. Her day starts early by waking up at 5:30 A.M. to be at the farm by 7:00 A.M. to feed and train. Hinton spends long hours bonding with Zeke and training him to follow her commands. Her sacrificed time is motivated by her goal to surpass the fair requirements.

“We all want to do our best in showing and hope for big money at auction,” said Hinton.

All members strive for the satisfaction of succeeding after their hard work has paid off and this reminds them of why they first joined FFA.

“My older brothers encouraged me to join, but I continue to be involved because I enjoy the opportunities to learn and experience new things in agriculture,” said Fransen.

They are also grateful for the benefits they’ve received from the program.

“This program has taught me many helpful things like leadership, career skills, and many other things that can help me in my future,” added Hernandez.

It’s evident that the FFA students love to compete for their school and enjoy all of the skills that they gain as a part of this program.