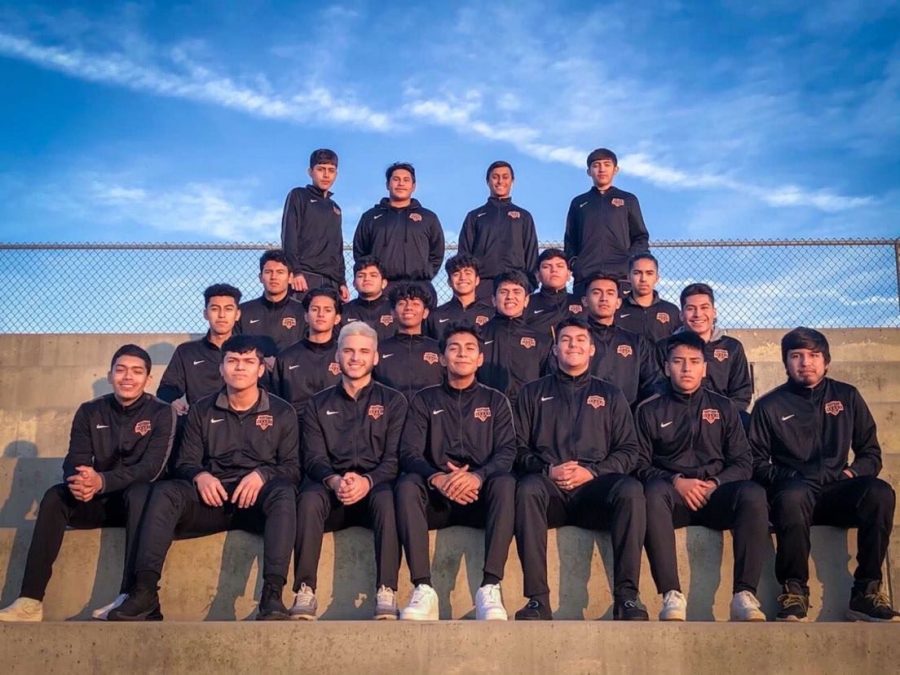 As the soccer season has progressed, so has the boys varsity soccer team. With a record of 7-1 in league, the team has performed optimistically.

Starting off the season, the team beat their rival Kingsburg 2-0, and recently won against CVC 2-1. They’re well into the season already having played Golden West, Clovis, Sanger, and many more. Currently second in league, boys soccer is working on having a serious run for playoffs.

“This team is made up of individuals who just need a chance and opportunity to be great,” explained Ruben Zamora, the boys varsity soccer coach. As his third year as the varsity coach, Zamora has hope in his team.

With a vast increase of players this year, the team has been focusing on their chemistry as a team. In a sport that requires constant communication and familiarity on the field, it’s important to have a certain harmony among teammates.

“We have a lot of players who we haven’t played with before,” explained senior Victor Santana. Santana is a defender playing left back, who covers the left side of the goal.

To move forward as a team, the boys have been aiming to improve their touch.

“When we receive the ball we need to work on our touch,” said sophomore Jayden Valdez. “So keeping it in our vicinity, not letting it get away from us.” Valdez is a midfielder, who connects the team’s defense and offense.

With practices nearly every day, the team is making an effort to improve their performance at each game.

“The most important skill to have in order to be successful is having the right mentality and work ethic to push through the limits,” Coach Zamora emphasized.

“Just because we let in a goal, everyone’s head can’t go down,” expressed junior Gerardo Soto. “We can’t let it affect our game.” Playing left wing, Soto is a fraction of the teams left offense.

Soccer is often defined as an easy or fragile sport however, it is more than that.

“People think soccer is just about running after a ball… but you have to make fast decisions and choose what’s best going forward in the game,” said Soto

Because soccer is a game constantly in motion, players must think on their feet. They have to be aware of the game at all times and think out their plays seconds before they’re performed.

The team also shares their everlasting love and passion for the game, channeling their stress into the sport as an outlet.

“Soccer is my escape, my way to express myself in a form of art.” exulted Santana.

Their final league game is February 4th. Until then, with less than half of their season left, boys soccer will be fighting tooth and nail for a place in the playoffs.