Girls Soccer Perseveres Through the Season 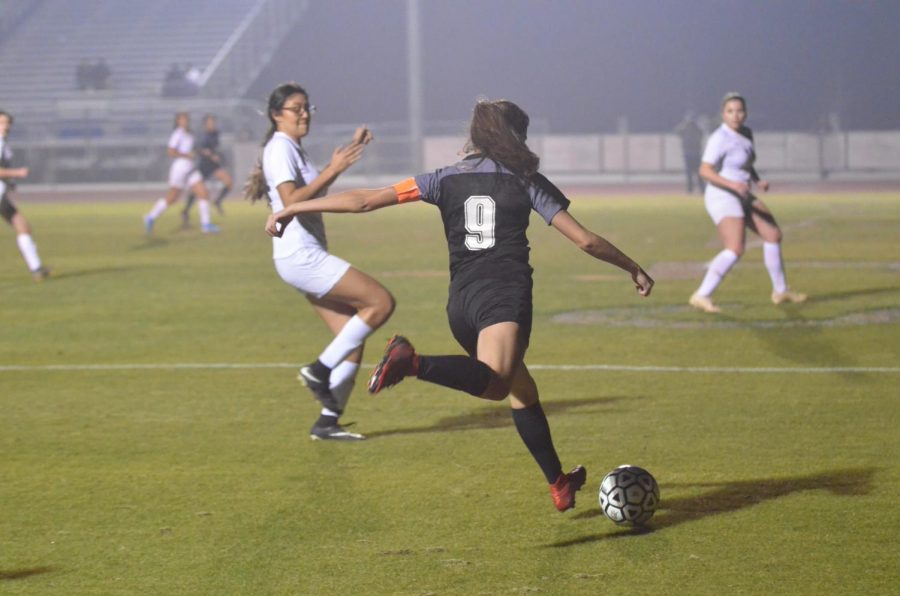 On Friday, January 24 the Selma High Girls varsity soccer team faced Dinuba High School in which they lost 2-1.  It was a tough defeat for all the girls.

“This game definitely affected me the most out of everyone else on the team,” expressed senior Sarahi Ordaz.  “As a goalie it was heart wrenching to think back to the game and see the hard work my team was putting on the field, trying to score, dominating the entire game for me to not be able to stop those goals from going in.  It made me feel like I completely failed my team and my own expectations.”

Although it wasn’t the result they were hoping for, they still have high hopes for future games.

Unexpectedly, this year’s season has had a rocky start.

“So far our season isn’t going like we’d liked.  So many teams underestimate us,” explained senior Julie Aceves.   “It’s time to prove them wrong because I know the girls on my team are great players.”

The girls hope this rocky start won’t damage their chances of still having a successful season.

“My goal at the beginning of the season was  to make it to playoffs and right now we are at a tough spot but we will continue to persist,” stated Aceves.

This season has also prompted some individual goals.

“My goals are the beginning of the season were to make the best memories of my last year playing high school soccer with the girls I enjoy being with, as well as just working hard to get noticed by colleges,” said Ordaz.  “In order to achieve these goals I knew I needed to step out of my comfort zone and have fun, but still put in the extra practice to get noticed by colleges.”

Despite not having the results they’ve hoped for, the girls believe they can still take away a lot from this season.

“I expect the season to end with a lot of learning realizations,” expressed senior Leslie Figueroa.  “I think the biggest thing we can take from this season is going back and learning from every mistake we’ve made whether it be in games or even outside of games.”

Despite the hardships, they will continue to persevere and fight until their very last game.