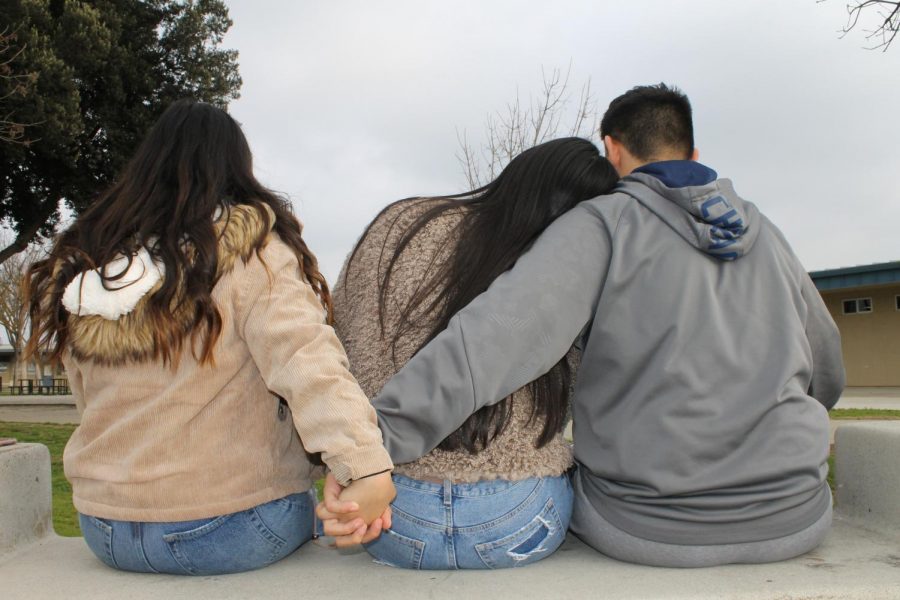 Once a Cheater, Always a Cheater
By Christian Garnica

Actions have consequences. It’s that simple. As teenagers we are old enough to understand that what we do has an affect on the people around us. Cheating is a choice with no one to blame except for oneself. It’s a choice that is self-made and can’t be forgotten or taken back.

Cheating in a relationship should be taken seriously, especially because we are so young. At this point in our lives our character is developing and we start to establish our morals and values. If we begin to build our character upon negative actions such as cheating, then what will our character look like fully developed?

Cheating has been brought down to a simplistic level and has been normalized among social media, movies, and tv shows. This teaches two things: it’s okay to do it or it isn’t that big of a deal if you are a victim of it. Being this young, our priorities should consist of self-worth, self-love, and self-respect. This is hard when we are surrounded by a society that exposes us to the exact opposite.

“Why wasn’t I enough?” Is a question that can haunt someone for the rest of their life. If you truly love someone you wouldn’t feel the need to go out of your way and look for something other than your partner. Your significant other should be the only person in your eyes.

As a coping mechanism the victim of infidelity can result in harmful behaviors. These behaviors include drug abuse, self harm, or isolation. Being cheated on does not only affect your mental health but also your physical well-being. As a result of being cheated on, physical trauma may arise such as depression, anxiety, or weight loss/gain.

Some people think that everybody deserves a second chance, however cheating isn’t something that should be taken so lightly. A chance was already given and it was taken for granted. The first chance was filled with trust and hope but there is no more room now that it has been broken. How can one be so selfish and put someone else’s dignity and pride in jeopardy for their careless choices?

Some may say that people can change but is that really true? Maybe yes, but in this case NO! Although the cheater may say sorry and do everything in their power to make everything better, they can never take back what pain they inflicted on someone they claimed to love.

We All Deserve A Second Chance
By Brandi Aguilera

In a time where cheating is a common theme in relationships, many may ponder the idea of whether it is okay to forgive a cheater. Obviously, going out on someone is not acceptable AT ALL, but there are instances where people do forgive their partner for their wrongdoing. Cheating doesn’t necessarily mean the relationship is over. It all just depends on how much the victim is willing to sacrifice, which can often include their self-esteem, outlook on love, and even their reputation. Some victims may just feel the need to step back and take a break for a while until they are ready to return to the relationship environment.

Reasons as to why one would forgive their partner for cheating vary greatly. One of the primary reasons is obvious – attachment. Many people have experienced bad relationships in the past, so they don’t want to let go of this person because they care too much about them. This is a result of letting feelings and emotion control choices, instead of the mind. “I can’t believe they would do this,” and “I must break up with them,” are some phrases that may be running through a victim’s head. Often times, the relationship is saved. If one truly cares about their significant other, they’ll choose to forgive them, simply because they are attached and cannot imagine life without this particular person. Although the situation cannot be easily forgotten, it is certainly possible to be forgiven. It isn’t worth losing the bond, time, and memories over a dumb mistake.

Many times people don’t realize how much potential others have to grow as a person. We are not the same person we were a month ago, a week ago, or even a day ago. We are constantly growing and changing as we take on this crazy journey called life. In this situation, cheating can be forgiven, especially if that person asks for forgiveness. You cannot blame someone for something while theyIn order to move forward, both partners must work on building better trust and communication within the relationship. Rebuilding trust is possible. It may take a lot of work, but BOTH partners have to be committed to healing the relationship.

It is also important to stay present-oriented. The victim has every right to feel hurt and angry about their partner’s decision to cheat. However, in order to move forward in the relationship, all focus must be in the present. Living and worrying about the past gets in the way of building trust toward the future. Let go of those hurt feelings and work toward a more positive and open approach to the relationship. As humans, we are naturally making mistakes constantly – especially as teenagers. Nobody is perfect and mistakes are certainly forgivable. You shouldn’t completely give up on somebody that you think is worth it. Hence the title, we all deserve a second chance.