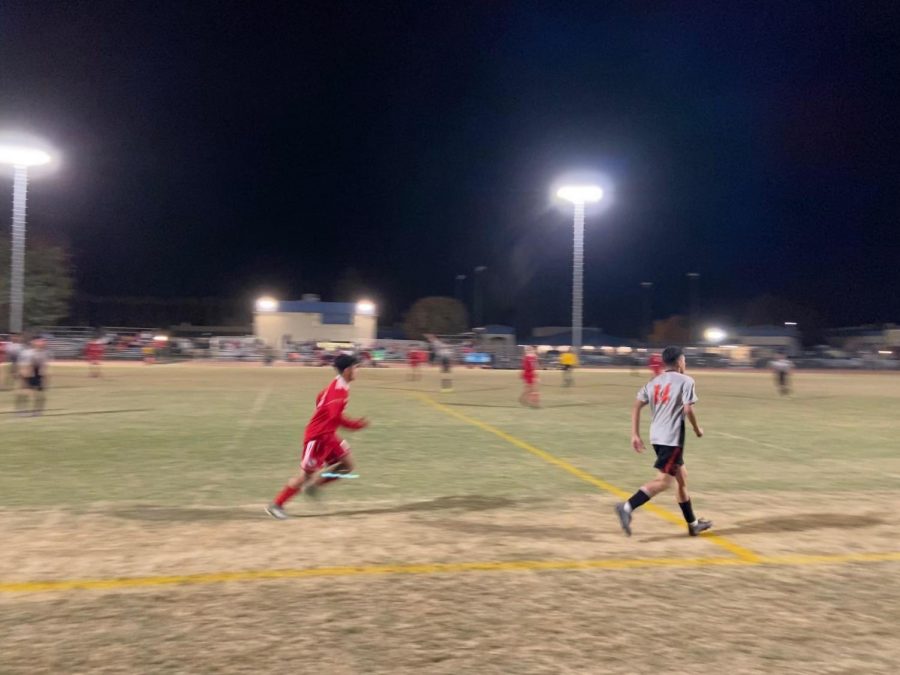 The boys varsity soccer team has started off the season with one goal in mind: winning Valley. They started off with a rough patch, but they had confidence in themselves that they will bounce back.

Even though they started off slow with one win and three losses, they are capable of striving to where they want to be.

“We started off slow, but we are capable of competing with the best,” said the boys soccer coach.

Senior Captain Eduardo had mentioned some nice things about his team.

“One thing I admire about my team is that we’re hardworking and are always up for the challenge,” said Eduardo.

Eduardo believes that a team needs to have good leadership skills, communication on the field, and no arguing amongst teammates.

“The players and the coach need to have a good relationship in order to work well,” said Urieta.

During practices, they put in all of their work and make each second count. Everyone gives it their all to the best of their ability.

“Each practice we have is fantastic. We work on technical stuff like getting better at our formations, and learning our parts and zones,” said junior Paul Zacrias.

There are quite a few new players this year and the chemistry between the teammates is a little off.

“One major thing we need to work on is the chemistry amongst us boys. With new people on the team, it’s kind of hard because some of us have known each other for some time,” said junior Estevan Vera.

Despite these hardships, the team and coach have a great feeling that they will win valley.

“We have competed with D1 teams and former valley champions so we’ve been tested,” said the Coach Ruben.

The varsity boys soccer team hopes to win valley and bring home the ring. An upcoming game against Dinuba is what they’re very excited about because it’s their rivalry team and hope to bring home the victory.