Unwrapping a Gift from Selma High: A New Stadium 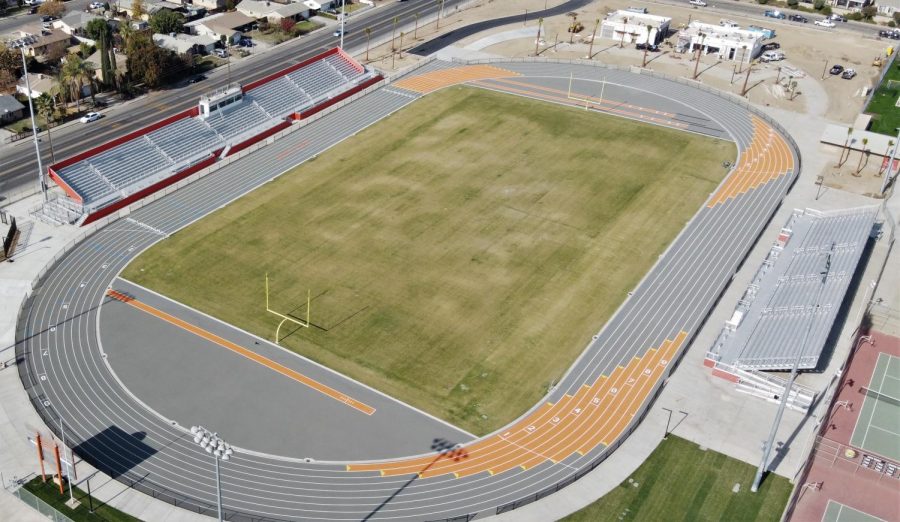 The construction of Staley Stadium is close to an end. The most recent and newest advancements include a new weight room and concession stand which are being finalized from the inside.

In addition to all new equipment, the weight room includes garage doors that open up during mild weather and close in cold conditions.

The concession building sits on high ground at the north end of the stadium, accompanied by sloped concrete on both sides, allowing easier access for wheelchairs and other necessities. A lounge area also has been added which includes tables and chairs to allow people to escape noisy sport games.

The sound system and entrance are both mostly completed as well. The inside of the entrance wall will be considered the “Donor Wall”. Students or parents will be able to donate to the stadium which will help pay for the track, bleachers, and other things. If one donates their name will go up on the wall on a plaque, which come in various sizes. This will also help raise money for future advancements.

One of the most frequently asked questions concerning the stadium is about the date of completion. Athletic director Randy Esraelian promises no exact date.

“We are hoping for a December completion, maybe the third or fourth week of December,” he explains.

Giving out an exact date may cause confusion and frustration among the student body, which is why it remains uncertain.

The stadium has been long anticipated, but it seems its completion is approaching quickly, and worthwhile the results.