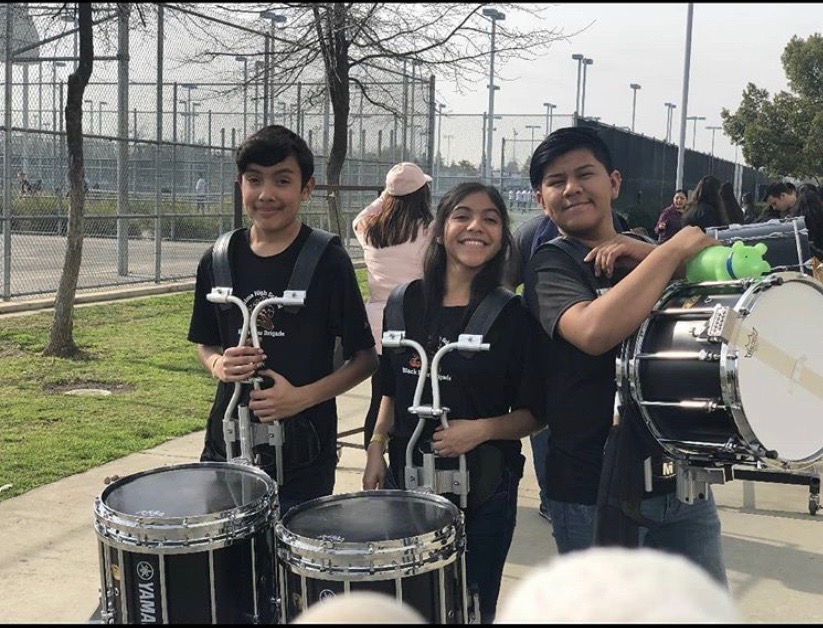 “Isn’t she lovely? Isn’t she wonderful?” It was these words sung by Stevie Wonder that made sophomore Victoria Juarez first fall in love with music and she knew she wanted to create music too.

Victoria’s relationship with music is incredibly personal. There is a large age gap between her and her older sisters. Her eldest sister, Monica, is thirteen years older than she, and her other older sister, Claudia is nine years older. Her relationship with Claudia and her relationship with music go hand in hand. One time, when Victoria was having a hard day due to troubles at home, her sister took her into her room, taught her to make friendship bracelets, and blasted music. Victoria’s tears were quickly forgotten because of the beauty of the musical stylings of Stevie Wonder. She said that in this moment, she had found her place.

She has come a long way since this day and her musical journey has been a long and fulfilling one. Victoria joined band in the fifth grade and has remained in band ever since.

She loves band and all the memories associated with it over the years.

“My favorite parts of band are the memories you make with those around you and the infinite amount of inside jokes you accumulate over the years,” Juarez states.

Overall, her experience in band has been positive, but she wants people to understand that band is grueling and takes a lot of willpower. Victoria says that she has played sports, but nothing is quite as hard as band. Band pushes her to a new level. She marches at 180 beats per minute and pushes heavy equipment across a field, all while performing and trying to sell a story. People often underestimate this.

There can also be a stigma attached to band, which Juarez has had to break out of.

“I hope people know I am more than just a band geek. Yes, I’ll geek out over a clean drumline, but I am first and foremost a daughter, sister, friend, and a person who deserves more than just a quick glance,” Juarez asserts.

For sophomore Victoria Juarez, all the good outweighs any minor instances of negativity.  She feels band has shaped her into the person she is. Because of band, Victoria is a person who is unafraid to have a voice.

Juarez’s musical asspirations do not end in high school. Her dream is to be a film score composer and write music for movies.

“Music is a beautiful thing. Every sharp and flat tells a story,” she concludes.

It all started with a Stevie Wonder song, and what has followed is a deep connection with music that will withstand the test of time. Victoria Juarez is not done telling her story.