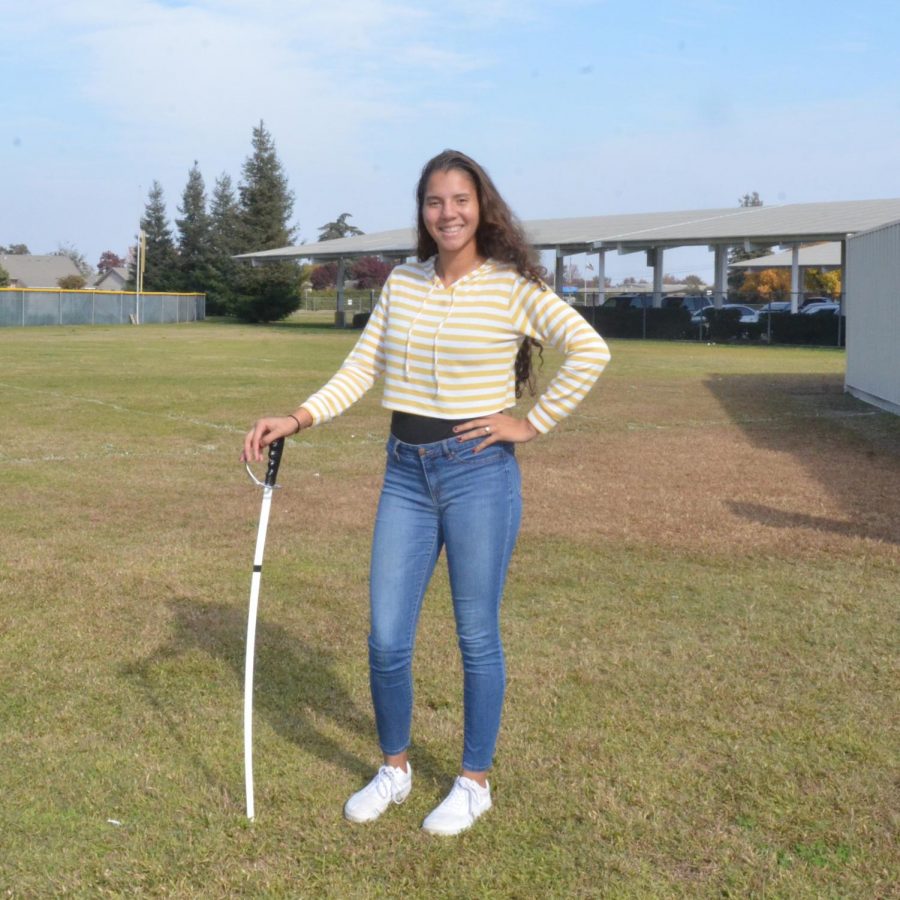 The Selma High Color Guard program has been extremely successful in its recent years.  They have received countless awards in both WBA, WGI, and SJVCGPR competitions. They’ve constructed a reputation of being tough competition in the color guard world.

Pebbles Wingfield is currently a senior member of the color guard program.  She has been in color guard for the past six years. She decided to join the Abraham Lincoln Middle School Color Guard program in 2014 when she saw their presentation at the middle school orientation.  The middle school used this orientation as a way to get elementary students to join their performing arts program.

“I joined color guard because I always wanted to be a performer of some sort and it looked cool at orientation,” said Wingfield.

This is what started her color guard career.  She has then continued to perform in two parade seasons, four field seasons, and seven winter guard seasons.  She has learned how to spin and toss all three types of equipment used in color guard: flag, rifle, and sabre.

However, color guard can be extremely difficult.

“The hardest thing about color guard is the schedule and being consistent with yourself because we do have a lot of practice.  It can become hard after a while to do that with school and also taking care of yourself,” expressed Wingfield.

Despite this, Wingfield still enjoys her time spent in the program.  It is not only a way to express her artistic talent, it’s a way to create new friendships.

“The best thing about color guard is the friends and the bond that you create with everyone in the program.  It makes it all so much more fun!” exclaimed Wingfield.

Color guard has been a way to learn about herself and life in general.

“Color guard has taught me time management, self evaluation, and what my limits are both physically and emotionally,” said Wingfield.

“I will definitely be missing the girls and being able to perform,” stated Wingfield.

Color guard has been a big part of her life and even though it may be challenging at times, she’s learned so much.

“There are a lot of times where we struggle but we overcome those things.  We learn and improve as we go,” expressed Wingfield. “I think that the main thing I have learned is that everything takes time and with that comes a rewarding outcome.”