The Rise of a Performer 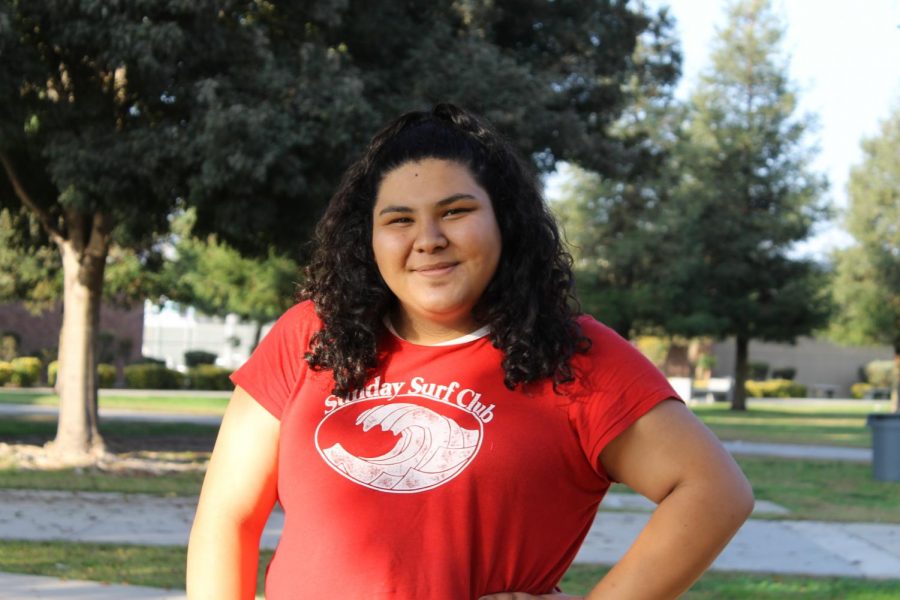 “The Drama Club Program is an outlet where I get to show my emotions and express myself,” shares Drama Club President, Amiannah Martinez.

Martinez has been a member of the Selma High Drama Club Program since her freshman year and plans on continuing throughout her high school career. She has performed in a variety of arrangements such as comedies, dramas, and musicals.

Every year the drama club program has two major performances: a play in the fall and a musical in the spring. Over the course of a few months the cast and stage crew practice scripts, gather props, and rehearse countless hours to be able to make each performance perfect with the help of fellow advisors, Mrs. Saponara and Mrs. Nieves. Along with major performances, the program has weekley meeting every Tuesday to discuss fundraisers, business items, and have fun activities. Throughout her time in the drama program Martinez has become a well rounded actress who has starred in “Rumors,” “Aida,” “Our Town,” “Freaky Friday,” “Play On” and many more in middle school and community theater.

“It was cool to be in a position where I could sing and push out of my comfort zone,” states Martinez, referring to “Aida, The Musical.”

Drama has also allowed Marinez to grow and expand horizons not only as a performer but as a person.

“I was very closed-off and reserved,” said Martinez. “While in drama, I’ve gained a lot more confidence and I actually put myself out there now.”

Along with performances at Selma High, Martinez has participated in a summer drama camp known as “Stages.” Over the course of two weeks, 20-30 students receive the opportunity to write, stage, and direct their own play on topics related to current events or everyday actions we tend to overlook and take for granted.

“Being able to perform and act there is a totally different experience. I am able to see life through the eyes of a different person,” shares Martinez.

Martinez also explains that the drama club is a welcoming activity where she has grown to love others and herself.

“The Drama Club program means so much to me because it is a place where I am able to be myself and a place where I can learn to become more confident in everything I do because no matter what I know my peers will accept me for my flaws and for messing up because they’ll be there to catch me and help me out.”

When reflecting on what performing has brought into Martinez’s life, she urges others to break through their comfort zone and join the program not only to become more confident in themselves but to bring joy and laughter into the audiences that have come out to enjoy a show.